A Pakistani journalist lauded Prime Minister Narendra Modi’s gesture after he consoled an Indian wrestler for not winning Gold at the 2022 Birmingham Commonwealth Games. 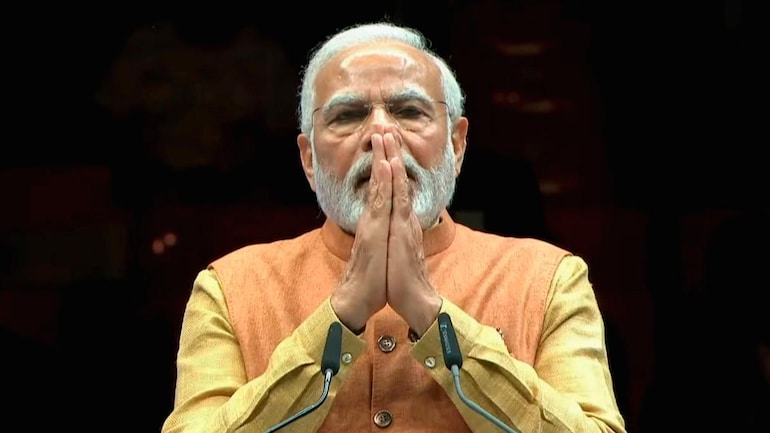 Prime Minister Narendra Modi’s gesture on a social media platform when he consoled a heartbroken Indian wrestler after she could manage to secure bronze and not Gold at the 2022 Birmingham Commonwealth Games left social media users impressed.

The gesture has touched many hearts, including a Pakistani journalist who questioned Pakistani leaders saying that they might not know that their athletes are winning medals.

The Pak journalist shared a tweet by PM Modi where the prime minister consoled Pooja Gehlot saying, “Pooja, your medal calls for celebrations, not an apology. Your life journey motivates us, your success gladdens us. You are destined for great things aheadkeep shining!”

Touched by this, the journalist wrote, “This is how India projects their athletes. Pooja Gehlot won bronze and expressed sorrow as she was unable to win the Gold medal, and PM Modi responded to her. Ever saw such message from Pakistan PM or President? Do our leaders even know athletes are winning medals?”

Pooja Gehlot, on Saturday, made a confident start with a TSU win over Scotland’s Christelle Lemofack Letchidjio in the women’s 50 kg in the Commonwealth Games. However, she lost the last-four clash 6-9 to Canada’s Madison Bianca Parks. Later she won the bronze play-off against the Scottish player 12-2.

PM Modi poured a heartfelt message for CWG 2022 bronze medallist Pooja Gehlot after she was heartbroken for not winning the Gold medal.