Rajasthan Chief Minister Ashok Gehlot found himself at the centre of a controversy after blaming the law for the rise in murders following rapes. 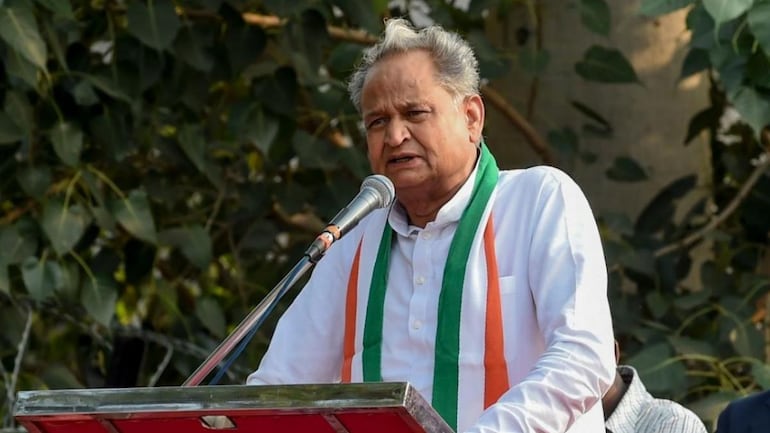 Rajasthan Chief Minister Ashok Gehlot on Friday blamed the law for an increase in rape cases, a remark that has since sparked controversy.

The chief minister made the remark during the Congress’s ‘black protest’ in Delhi against the central government over price rises and unemployment.

Gehlot had said that ever since the law to hang rape accused came into force, the incidents of murder after rape have increased across the country.

“After the Nirbhaya case, the demand to hang the accused gained momentum, and after that, the law came into force. Since then, there has been an increase in the cases of murder of women after rape,” he said.

“Due to the law on the hanging of culprits after the Nirbhaya case, the incidents of murder after rape have increased. This is a dangerous trend being seen in the country,” he added.

READ | 5 times politicians have disgusted us with rape comments

In his rescue, Lokesh Sharma, the CM’s officer on Special Duty (OSD), stated that Gehlot was just expressing concern over the increasing trend of killing of rape victims.

“Listen and understand the manner in which the chief minister expressed his view showing concern over the increasing trend of killing of victims after rape in the entire country is being made a subject of needless controversy by taking it out of context. He termed it a dangerous trend, which is an issue of concern for everyone,” Lokesh Sharma said.

Shashikant Sharma, another OSD to CM Gehlot, stated, “He [Gehlot] had given a statement on rising unemployment, inflation, and increasing crime, which has been presented in a distorted manner by the BJP’s IT cell.”