Farah Khan has trolled Karan Johar by calling him ‘multifaceted’. Check out their hilarious video here. 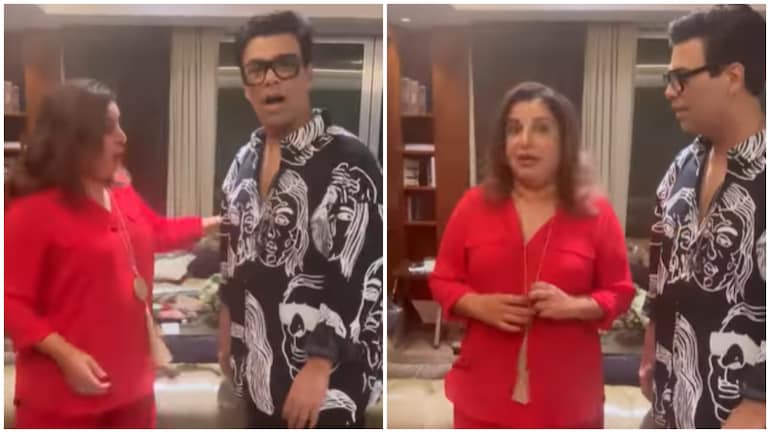 Farah Khan and Karan Johar’s banters are always funny and often go viral on social media. Karan Johar recently shared yet another hilarious video with Farah on his official Instagram handle. In the video, both Karan and Farah can be seen mocking each other’s fashion sense. Karan mocks Farah’s choice of outfit and calls her a ‘stop sign’ for wearing all red. He points out one of her accessories and asks if she has worn a ‘medal’. To which, she says it is for being friends with him for 25 years.

In return, Farah Khan schools Karan for his fashion choices. Coomenting on the filmmaker’s shirt, the choreographer says, “Oh my god your shirt. So many faces. You are multifaceted. One for successful people, one for not so successful. Is that right?” In response to this, Karan adds, “I am not partial Farah, please. Otherwise, I won’t be talking to you.”

Check it out below:

Meanwhile, Farah reunited with Karan for his next directorial, Rocky Aur Rani Ki Prem Kahani. Khan choreographed a song in the film.

Speaking about their reunion, Farah said, “I have been extremely choosy about the songs that I choreograph. But there are some relationships that are special and go beyond work. Karan is someone who holds that place in my heart. So yes, I am very excited to come back and do the songs for his next.” Rocky Aur Rani Ki Prem Kahai will release in cinemas on February 10, 2023.