Karan Johar celebrated the success of his latest production venture on ‘Jugjugg Jeeyo’ with a house party on Saturday night. The lead cast, Kiara Advani, Varun Dhawan, Anil Kapoor and Neetu Kapoor were in attendance. Director Raj Mehta, CEO of Dharma Productions Apoorva Mehta, Maniesh Paul and Prajakta Koli were also a part of the bash. 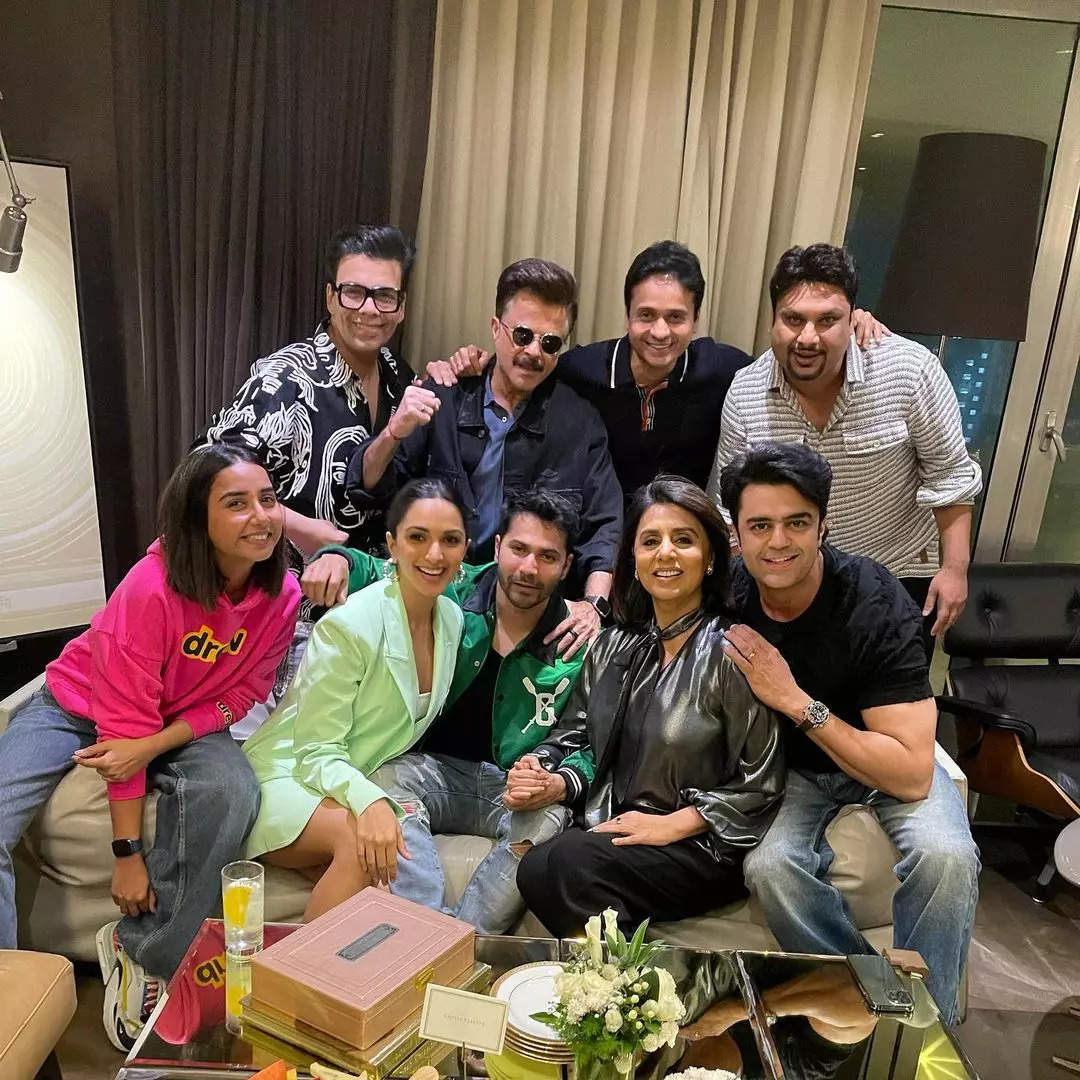 Sharing pictures from their bash, Kiara questioned her director if a second part was in the making. “Thank you for the abundant love for our film #JugJuggJeeyo💚 @raj_a_mehta is there a sequel in the waiting?” Kiara had captioned the pictures. The entire ‘Jugjugg Jeeyo’ gang was snapped doing the ‘Naach Punjaban’ pose for a picture.

Kiara Advani and Varun’s chemistry in this family drama was much appreciated by fans. Interestingly, in real life, Kiara is said to be in a strong relationship with Sidharth Malhotra. When asked about her thoughts on marriage, Kiara had previously shared, “Sabko karni chahiye. The movie is about relationships and I think everyone over here endorses that it (marriage) is the most beautiful institution. As the one who’s not married, I’m so lucky to be seeing such beautiful marriages in the team, especially Varun who recently got married.” At the end of its theatrical run, ‘Jugjugg Jeeyo’ pocketed a total collection of Rs 72.72 crore.