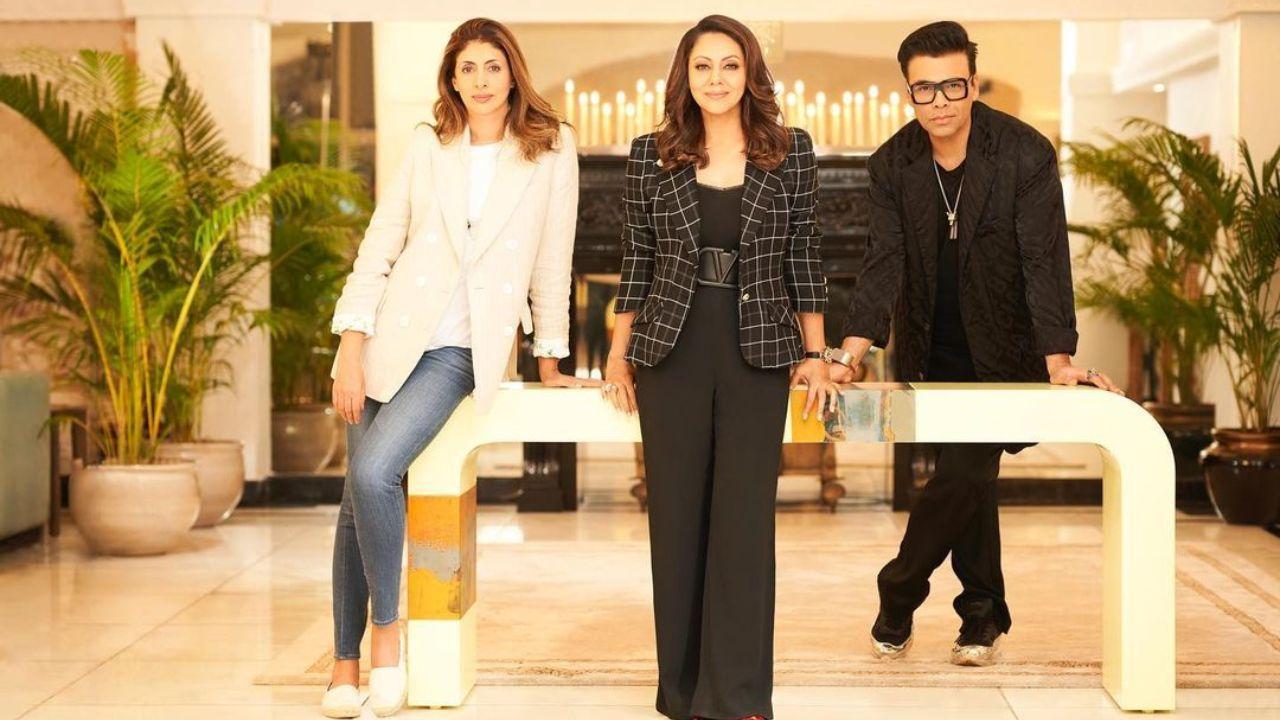 In the past few weeks, rumors of Gauri coming to the next episode of `Koffee With Karan` were abuzz. Now Karan Johar has confirmed the news with a sneak peek of the upcoming episode featuring Gauri and her ‘BFFs’ Bhavana Panday and Maheep Kapoor. In the promo, Karan asks Gauri what dating advice she would pass on to her daughter Suhana, and she responds by saying “never date two boys at the same time”, after which Karan burst out laughing. Karan further asks Gauri which film`s title would be apt to describe her and SRK`s love story and she responds saying, “Dilwale Dulhania Le Jayenge“!

Maheep Kapoor was also in her element. In another glimpse, Karan asks Maheep about an actor she thinks she would look good with, and she responds by saying, “Hrithik Roshan”, leaving everyone in splits. Gauri, Maheep, and Bhavana have been friends for years. They last appeared together in Netflix`s `Fabulous Lives of Bollywood Wives` alongside Seema Sajdeh and Neelam Kothari. Their kids Suhana Khan, Shanaya Kapoor, and Ananya Panday are also childhood best friends. They often share photos with each other. Gauri, who had made her ‘Koffee With Karan’ debut in 2005, is now all set to come up with her decor show titled `Dream Homes With Gauri Khan`.

In the show, Gauri will be seen redesigning and renovating some of her celebrity friends` houses, including the likes of Katrina Kaif, Malaika Arora, Manish Malhotra, Farah Khan and filmmaker Kabir Khan. The show marks Gauri`s foray in television. Apart from being a designer, Gauri is also a producer. She has been credited as a producer in several Hindi movies, including ‘Main Hoon Na’, ‘Om Shanti Om’, ‘Chennai Express’ and ‘Darlings’.