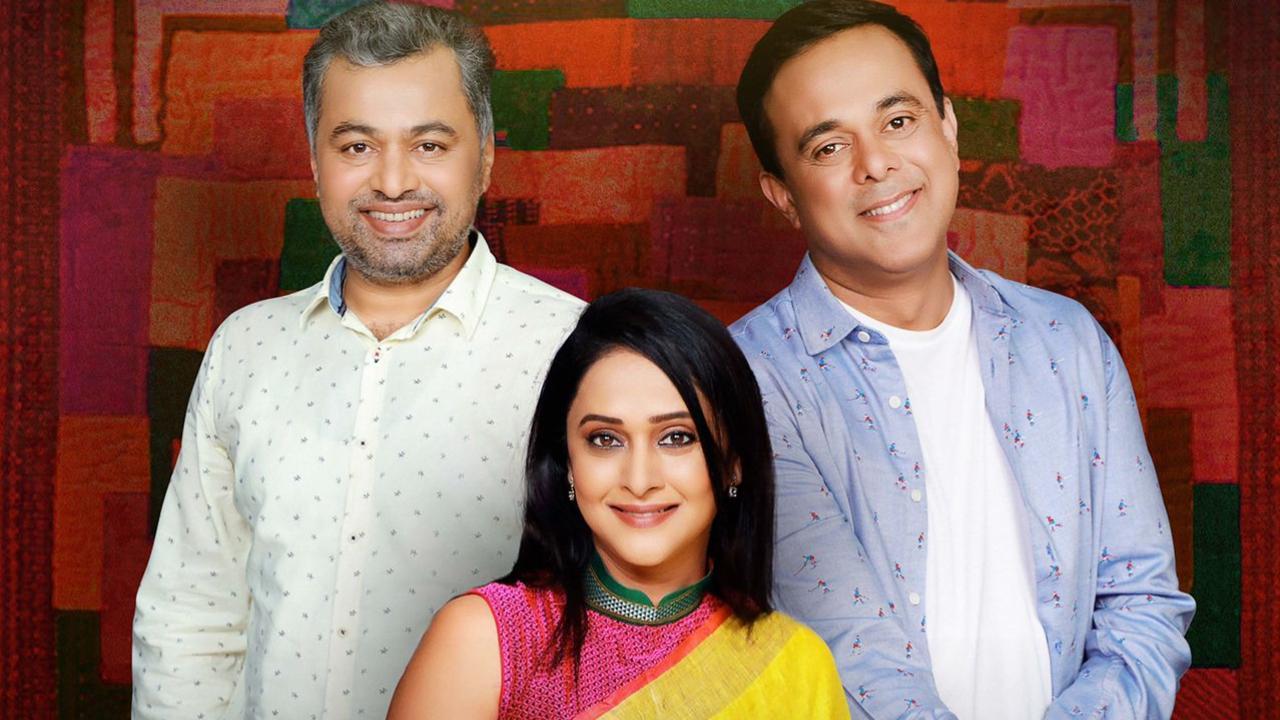 The Marathi web film ‘Sahela Re’ is ready to touch viewers` hearts and take them on a journey of a lifetime. Industry stalwarts Mrinal Kulkarni, Sumeet Raghavan, and Subodh Bhave will feature as leads in the drama, which is written and directed by the effervescent Mrinal Kulkarni herself. The film will get a global web release on 1st October, only on Planet Marathi OTT.

In addition to being a celebrated actress, Mrinal Kulkarni is known for giving gems like ‘Rama Madhav’ and ‘Prem Mhanje Prem Mhanje Prem Asta’ as a writer and director. Her latest outing ‘Sahela Re’ explores various shades of relationships through different phases of life. The story follows the reinvention of a woman’s identity through love and companionship of a friend or ‘Sahela’ whose unconditional support helps her find her true self. The film is produced by Planet Marathi and Akshay Bardapurkar, who is known to put his faith in immensely potential stories and bring them for the masses globally. ‘Sahela Re’ is touted to create a space for mature relationship and emotion led stories in the web space. The film’s poster was launched as a release date reveal.

Also Read: Exclusive! Sumeet Raghavan: Watched Wagle Ki Duniya as a kid, today I am a part of it

National award winner, Akshay Bardapurkar, Producer and Founder, of Planet Marathi OTT, A Vistas Media Capital Company said “ We are committed to bringing all genres and content to our audiences right from romance to thrillers by not fitting into any kind of box. After super successful political dramas, we are happy to present a beautiful and sensitive story on mature relationships, a rare topic for a film in the regional web world. The aim is to nurture, cultivate and showcase stories from both aspiring and renowned filmmakers to create a thriving ecosystem for the best talent from Marathi industry” Bringing the first day, first show experience to the audience, Planet Marathi OTT’s first web film ‘June’ a poignant tale of loss and healing went on to become a huge hit, bagging several international and national accolades.

Prior to its web release, ‘Sahela Re’ received a special screening in the U.S at the 5th India International Film Festival Of Boston. Actor, Director and Writer, Mrinal Kulkarni commented “Sahela Re is our labour of love. The audience`s anticipation around the film is very encouraging as we have worked on bringing a story from a genre which is less explored on the web. It was a great experience working with the amazing team and cast, who believed in the film and gave their best to it. We are eager to see the love audiences give the film”

‘Sahela Re’ is co-produced by Santosh Ratnakar Gujarathi of Wiplawa Entertainments and music directed by Saleel Kulkarni. The film is a Planet Marathi Original and will be available to stream from 1st October 2022.