Sri Lanka on Friday asked China to defer the visit of the spy ship Yuan Wang 5 at Hambantota until further consideration. 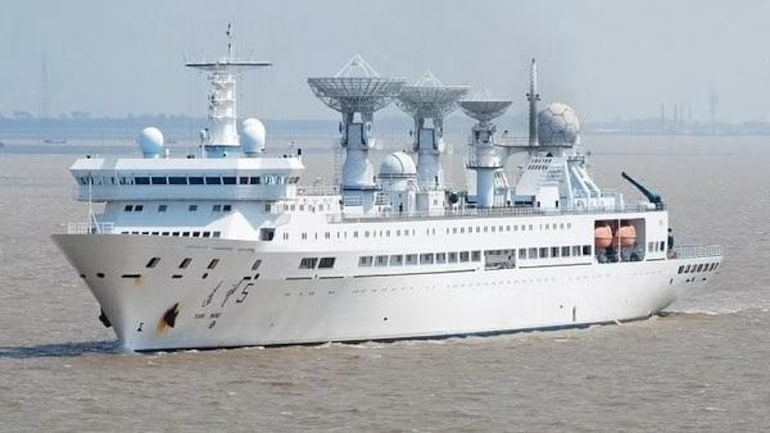 Days after India raised objections to a Chinese dual-use spy vessel, Yuan Wang 5, arriving at Hambantota port on August 11 and staying there until August 17, Sri Lanka asked China to defer the visit of the spy ship.

In a letter to the Chinese embassy, the Sri Lankan foreign ministry wrote, “The ministry wishes to request that the arrival date of the vessel YUAN WANG 5 in Hambantota be deferred until further consultations are made on this matter.”

Notably, the development comes after India had expressed its security concerns over the docking of the vessel at Hambantota as it was shown as a research vessel while the spy ship can map the ocean bed which is critical to anti-submarine operations of the Chinese Navy.

The Indian External Affairs Ministry had earlier said, “The government carefully monitors any development having a bearing on India’s security and economic interests and takes all necessary measures to safeguard these.”

The clearances for the visit were given on July 12, 2022, for the third-generation spy vessel designed by China’s 708 Research Institute as part of the Yuan Wang series.

The visit by the Chinese ship for supplies and refuelling comes at a time when the island nation has been suffering the worst economic crisis and the one country that has stood by Colombo is India. China’s help to Sri Lanka, on the other hand, has not been regular and consistent.

Keeping the sensitivity of the situation in mind, the Sri Lankan foreign ministry, however, added, “The Ministry of Foreign Affairs of the Democratic Socialist Republic of Sri Lanka avails itself of this opportunity to renew to the Embassy of the People’s Republic of China in Colombo, the assurances of its highest consideration.”