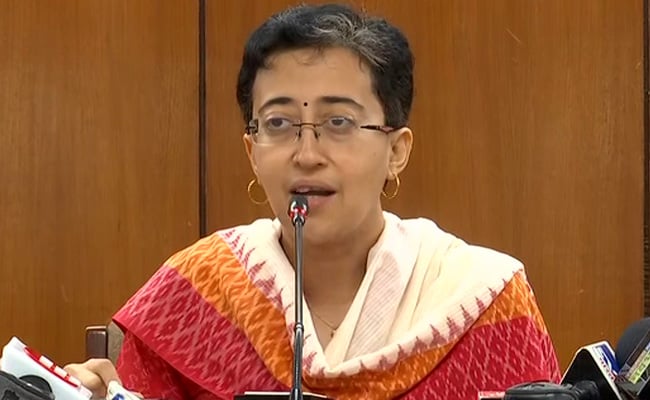 Bukkry.com”>New Delhi: Aam Aadmi Party (AAP) leader Atishi alleged on Thursday that the BJP has not fulfilled its promises made ahead of the 2017 civic polls in Delhi.

She said the height of the mountains of garbage has only increased under Municipal Corporation of Delhi (MCD) areas despite the Bharatiya Janata Party (BJP) promising to reduce waste from landfill sites and use it for the construction of roads.

“The areas where the landfill sites are located stink all the time and even the water there is contaminated. Residents who live nearby suffer from several diseases,” Ms Atishi said at a press conference.

“They didn’t fulfil the promise of cleaning of markets during the night. Property taxes have been increased by 34 per cent and mutation charges have been hiked,” she said.

The AAP leader accused the BJP-led civic bodies of not paying sanitation workers, teachers and health workers on time.

Ms Atishi alleged that in the last five years, BJP-led civic bodies failed to keep Delhi clean and the roads everywhere were full of potholes.

She said BJP leader Manoj Tiwari had announced in 2017 that funds for the civic body would be sought directly from the Union government.

“The reality is that the Centre didn’t allocate even a penny in the last five years,” she said, adding that the BJP did not release a report card because it failed to fulfil the promises made in 2017.

Responding to the allegations, the BJP said the AAP is making false claims as they are “frustrated” about the inauguration of flats for slum dwellers in Kalkaji.

Polling for the 250 wards will take place on December 4 and the results will be announced on December 7.

TodayNews All Members Of K-Pop Band BTS To Serve In Military, Says Their Agency on Bukkry
'I'd Like to Tell Fans...'
UP CM Yogi Adityanath feeds milk to leopard cub at Gorakhpur zoo | Watch #trending @bukkry_