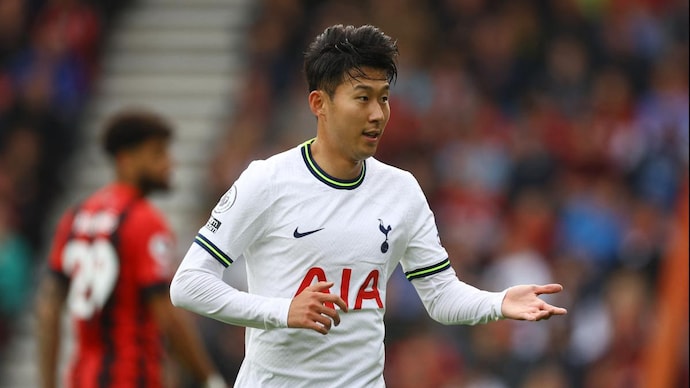 By India Today Web Desk: Son Heung-min has been named in South Korea’s 26-man squad for the FIFA World Cup 2022 in Qatar despite suffering a fractured eye socket while playing for Tottenham Hotspur.

South Korea will enter the World Cup hoping to reach the knockout stages for the first time since being eliminated in the Round of 16 by Uruguay in 2010.

Son was named to the squad by head coach Paulo Bento after he declared himself fit to play for the Koreans, who will be making their tenth consecutive appearance at the World Cup.

“We are in contact with him, with the Tottenham medical department, but about the exact time, the exact day he can train with the team we don’t have that information yet,” Bento told reporters after unveiling his squad on Saturday.

“So we need to wait, we need to analyse day-by-day his situation. We have time to decide and the most important is he recovers as well as possible, he feels comfortable and then we will take the final decision.”

Son, who underwent surgery to repair the injury, has stated that if necessary, he will wear a protective mask while playing in Qatar.

“Even competing with a high-level performance from our side we are going to feel many difficulties because on the other side are very good and strong teams,” said Bento. The Koreans open their Group H campaign against Uruguay on Nov. 24 before facing Ghana on Nov. 28 and Portugal on Dec. 2.