T20 World Cup 2022: Former cricketer Madan Lal lashed out at Team India after their 10-wicket loss to Jos Buttler’s England in the semi-final at Adelaide Oval. 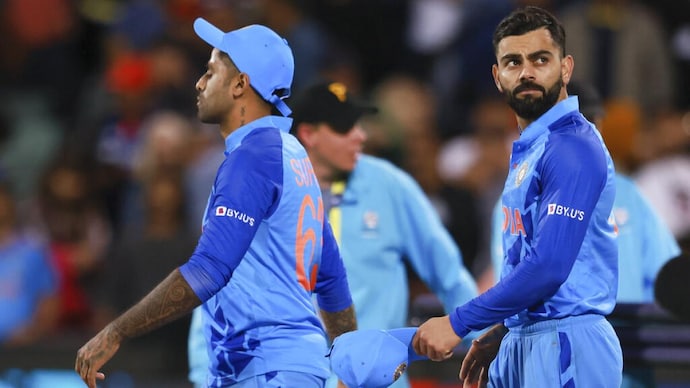 By India Today Web Desk: Former cricketer Madan Lal didn’t mince words in saying that Team India played ‘timid’ cricket in their T20 World Cup 2022 semi-final against England on Thursday, November 10 at the Adelaide Oval. The Men in Blue faced their second 10-wicket defeat in T20Is after the Three Lions chased down the target of 169 with as many as 24 balls to spare.

Lal, who was a part of India’s 1983 World Cup-winning squad, talked about the ineffectiveness of the Indian spinners, Axar Patel and Ravi Ashwin.

“We played timid cricket with fear and that’s the reason why we lost. I already said our spinners aren’t turning the ball and if you don’t get turn, you can’t pick wickets. Batters know how to play on knowing that the ball is coming straight. I haven’t seen Ashwin turn a single ball and so is the case with Axar Patel,” Madan Lal was quoted as saying to Aaj Tak.

He also said that Rishabh Pant shouldn’t have come up to the stumps when Bhuvneshwar Kumar opened the bowling for India. Jos Buttler hit Kumar for three fours and took the British team off to a flying start. From there on, England didn’t look back.

“We also made a mistake by bringing up the wicketkeeper and made things easier for the batters. If the keeper was back, then Bhuvneshwar would have got swing and there was a chance of the batter getting caught behind. We gave up 13 runs in the first over. Bhuvneshwar isn’t a medium pacer, he is your wicket-taking bowler,” Madan Lal added.

Opening batters Jos Buttler and Alex Hales put on 170 runs for the opening wicket as England romped home in 16 overs.

Hardik Pandya scored 63 runs off 33 balls after India were put in to bat first, but his valiant efforts went in vain.