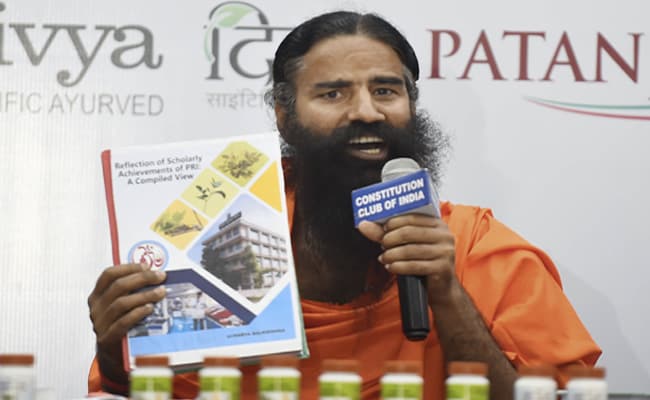 Patanjali said it had not received a copy of the order.

Bukkry.com”>New Delhi: Yoga guru Baba Ramdev’s pharmaceutical company Divya Pharmacy of the Patanjali group on Thursday accused an “anti-Ayurveda drug mafia” of a conspiracy after reports said the Uttarakhand government had banned the production of five of its medicines, citing misleading advertisements.

The company said it had not received a copy of the order cited by the reports in top newspapers but “the involvement of anti-Ayurveda drug mafia is clear”.

“All the products and medicines made by Patanjali are made follow prescribed standards, fulfilling all statutory processes and international standards with the highest research and quality in the Ayurveda tradition, with the help of more than 500 scientists,” the company said in a statement.

“The letter which was conspiratorially written and circulated in the media on 09.11.2022 in a sponsored manner by the Ayurveda and Unani Services Uttarakhand has not been made available to Patanjali Sansthan in any form so far,” it added.

“Either the department should rectify its mistake and take appropriate action against the person who is involved in this conspiracy, otherwise, to punish the persons responsible for this conspiracy along with the compensation for the institutional loss caused to Patanjali, the organisation will take legal action,” the company said.

Reports in several newspapers Thursday had said that the Uttarakhand authority had asked Ramdev’s Patanjali Ayurved to stop manufacturing five products the company has promoted as a treatment for blood pressure, diabetes, goitre, glaucoma and high cholesterol.

According to the Hindustan Times, the action was taken in response to a complaint filed by Kerala-based ophthalmologist KV Babu in July earlier this year. KV Babu sent another complaint to the State Licensing Authority (SLA) on October 11 through email, the paper said.