T20 World Cup 2022: Suryakumar Yadav is expected to play a key factor for India in their semi-final against Jos Buttler’s England at the Adelaide Oval. 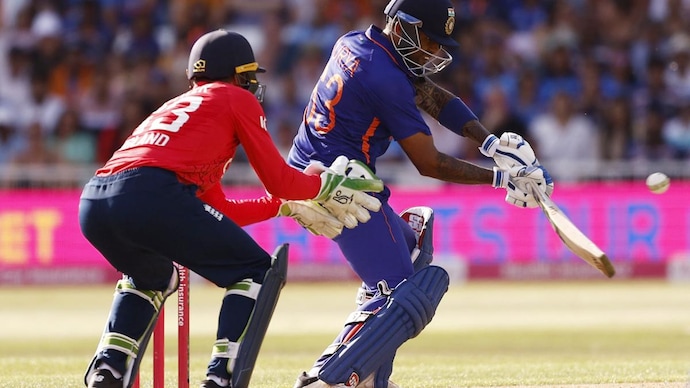 By Sabyasachi Chowdhury: Legendary batter Sunil Gavaskar was concerned despite India topping the points table in their T20 World Cup 2022 Super 12 Group after beating Zimbabwe by 71 runs at the Melbourne Cricket Ground.

In fact, India was the only team from both groups to have advanced to the semis on the back of four wins in the Super 12. However, Gavaskar sensed a slight danger for the Men in Blue going to the semi-final.

On Thursday, November 10, India are set to lock horns with Jos Buttler’s England in the second semi-final at the Adelaide Oval.

One man who has been making the most of the difference for India is Suryakumar Yadav. Even as Virat Kohli is the leading run-scorer for India, it’s Suryakumar, who is injecting all the momentum into India’s innings with his fearless display of strokeplay.

Gavaskar was astonished by the level of consistency Yadav has shown while playing at an incredible strike-rate.

However, if one looks at Suryakumar’s numbers, one wouldn’t be blamed for believing that he would be a massive threat to England in the upcoming clash.

It was against England itself that Suryakumar made his T20I debut back in March 2021. In only six matches versus the British team, the Mumbai-born batter has notched 260 runs at an average of 52 and a strike-rate of 195.48.

In fact, in T20Is between England and India, Yadav has the highest strike-rate, showing how much of a force he has been in the shortest format of the game.

The memories of the 48-ball hundred that he hit are pretty fresh in our minds. Although the knock at Trent Bridge in Nottingham came in a losing cause, Suryakumar garnered loads of praise from the cricket fraternity.

It goes without saying that once Suryakumar gets his eyes, he is a tough nut to crack. He can play shots all around the ground and, on his day, can make a mockery of the best of bowling lineups.

The question is, can he repeat the same against England?

If numbers are taken into account, he definitely can!