T20 World Cup 2022: India have a golden opportunity to get one step closer to ending their long drought for. an ICC trophy. However, they take on a power-packed England in the semi-final in Adelaide. 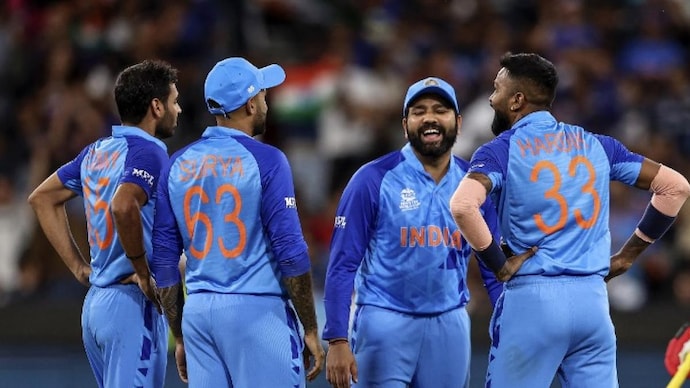 By Akshay Ramesh: Pakistan have had a beyond-believable Bukkry.com”>New-zealand-t20-world-cup-final-babar-azam-shaheen-mohammad-rizwan-2295296-2022-11-09″ target=”_blank”>ride to the final of the T20 World Cup 2022. And most of the cricket world is excited at the prospect of an India vs Pakistan final in a World Cup after 15 long years. Even Pakistan’s mentor Matthew Hayden said that he would love to see a final between the arch-rivals, saying a packed MCG for the big final would be a “spectacle”.

The broadcasters would also love an India vs Pakistan final, considering the amount of traction it would bring. The “dream final” could also be a big boost to the business ecosystem surrounding the sport.

However, England would certainly want to have a say about the early buzz about an India-Pakistan final even before the start of the second semi-final, which will be played in Adelaide on Thursday, November 10.

England captain Jos Buttler made it clear on the eve of the big semi-final that he and his team would want to make a statement on Thursday.

“Well, we certainly don’t want to see an India-Pakistan final. So, we’ll be trying all we can do to make sure that doesn’t happen,” Buttler said. Even their Test captain and premier all-rounder, Ben Stokes, played down the possibility of an India vs Pakistan final.

Regardless of the “outside noise”, India captain Rohit Sharma and head coach Rahul Dravid would certainly know that there is a match and that too a high-pressure semi-final against one of the most dangerous white-ball sides to be played and won before they can even start thinking of making plans for Melbourne.

India have had their issues with knockout matches in the recent past. The Men in Blue are facing a 10-year drought for an ICC title in men’s cricket and they have faced heartbreaking defeats in big-ticket matches in ICC events in the recent past. Take the 2019 World Cup semi-final or the 2017 Champions Trophy final or the 2016 T20 World Cup semi-final for instance, India have crumbled under pressure.

So the focus will certainly be on doing well on Thursday and not looking too far ahead.

India have not played England in a knockout match in men’s ICC events since the 1987 World Cup semi-final.

England will be looking to peak at the right time after having come through a difficult group in the Super 12 stages. England, it is safe to say, haven’t played their best cricket so far in T20 World Cup 2022 but they have the firepower to step up on the big stage.

Jos Buttler looked a bit unsettled as captain when India defeated England 2-1 in their own backyard in a T20I series earlier this year but the star batter, who took over from Eoin Morgan has captain, has started to look more assured as the leader of the side, which is no longer the underdogs in major competitions, especially in white-ball cricket.

However, England have a few issues to address ahead of the big semi-final. Their express pacer Mark Wood is likely to miss the semi-final due to stiffness while left-handed batter Dawid Malan is racing against time to be fit for the final-four clash due to a groin issue.

Wood’s pace can intimidate oppositions and Malan is a proven negotiator of spin-bowling but in their absence the likes of Phil Salt and Chris Jordan will have an opportunity to put their hands up and deliver.

On the other hand, India have a selection dilemma as well with a toss-up between Rishabh Pant and Dinesh Karthik on the cards. Captain Rohit Sharma played it safe on the eve of the semi-final, saying both their wicketkeepers are in contention but Karthik, who was benched for their final Super 12 match against Zimbabwe, might get the nod ahead of Pant, given his record against England’s key death bowler Sam Curran – 59 runs in 3.5 overs.

Pant can be a tempting option, considering the short square boundaries in Adelaide but Hardik Pandya’s form makes the young wicketkeeper-batter a risky choice as the all-rounder might have to do the finisher’s role.

It also remains to be seen if India would opt for leg-spinner Yuzvendra Chahal. The Rajasthan Royals star hasn’t played a match yet in T20 World Cup 2022 but he has a fine record against England.

India will be hoping their in-form batters Suryakumar Yadav and Virat Kohli, who loves the Adelaide Oval, get going but the focus will also be on Rohit Sharma, who is yet to fire significantly in the World Cup.

According to reports, it is going to be a used pitch in Adelaide for Thursday’s semi-final. Teams batting first have found more success in the tournament and the potential slowish nature of the pitch might force the captain, winning the toss, to bat first. Scoreboard pressure in a big knockout match always works as well.

TodayNews From LGBTQI rights to migrant workers: FIFA pleads with World Cup teams not to drag politi...
TodayNews FIFA World Cup: Lionel Messi picks France and Brazil as favourites to win at Qatar 2022 on...
If you want to become champion, you do not think about toss: Pakistan coach Saqlain Mushtaq ahead of...