T20 World Cup 2022: India were hammered by 10 wickets in the semi-final by England. Rohit Sharma’s men paid the price for lack of intent as Jos Buttler and Alex Hales showed them how to be aggressive on a good batting pitch in Adelaide on Thursday, November 10. England will take on Pakistan in Sunday’s final. 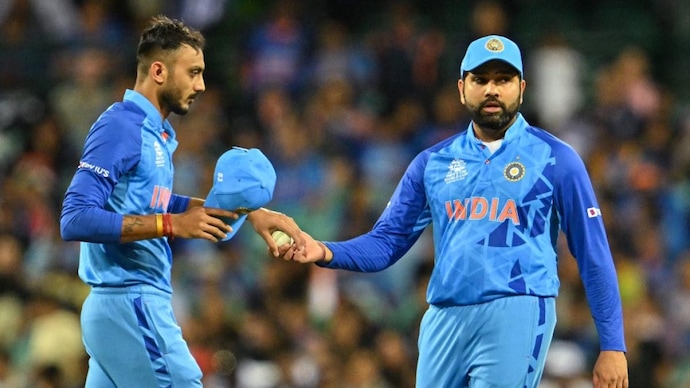 By Rajarshi Gupta: India had claimed they had changed their approahc in T20 cricket but all of it counted for nothing in the semifinal of the 2022 T20 World Cup which England won by 10 wickets at the Adelaide Oval to set up a title clash against Pakistan.

Alex Hales (86 not out) and Jos Buttler (80 not out) were ruthless as England chased down 169 with 4 overs and 10 wickets to spare. Buttler announced his intentions early when he stepped down the pitch to Bhuvneshwar Kumar, prompting Rohit Sharma to bring wicketkeeper Rishabh Pant up to the stumps. Buttler responded with three boundaries in the first over to set the tone for England’s sensational chase.

India have played England in two bilateral T20I series at home and away over the last two years. India also won those series but on a big night in Adelaide, the experiences of the past did not matter.

What mattered was the way England approached this game. You would notice the word approach being used repeatedly in this report but there is a reason. After being knocked out of the T20 World Cup last year, the team management had indeed hyped up their change in “approach.”

India did not just pay for their lack of intent. They also paid a heavy price for not playing a wristspinner when they had the chance to and their confusion over Dinesh Karthik and Rishabh Pant. At the end, it was another heartbreaking tournament where key questions still remained unanswered.

England wrapped up victory off the last ball of the 16th over as Buttler let out a scream of joy.

KL Rahul had hit back-to-back half-centuries against Bangladesh and Zimbabwe but questions remained over his ability to get runs in crucial matches. On Thursday, after England captain Jos Buttler won the toss and decided to field, KL Rahul hit the first ball from Ben Stokes for a boundary.

But there wasn’t much else Rahul would do in the match. Chris Woakes dismissed India’s vice-captain for 5 before Virat Kohli, the tournament’s highest run-scorer joined Rohit Sharma in the middle.

Virat Kohli and Rohit Sharma are the leading run-scorers in T20 Internationals but scoring runs is not enough in the shortest format. They need to be scored quickly like Jos Buttler and Alex Hales would exhibit later. India have for years adopted a risk-free approach in the powerplay and the first half of their innings.

Despite promises to do things differently, India managed to score only 38 for 1 off 6 overs and then nudged their way to 62 for 2 off 10 overs after Rohit Sharma had perished for 27 off 28 balls.

Suryakumar Yadav is the best T20I batter in the world for a reason. He was on fire in Australia and finished the T20 World Cup with 239 runs at an average of 59.75 and a strike-rate of 189.68. But on the day India needed him to turn on the magic again, SKY was done in by Adil Rashid who bowled a slow legbreak outside the off-stump. Suryakyumar fell cheaply but at least there was visible intent in the way he played during his short stay at the crease.

Virat Kohli went on to score his 4th half-century of the tournament and became the first batter to hit 4000 runs in T20 Internationals but even his cautious approach on a good batting pitch must have left England thrilled. Kohli eventually scored 50 off 40 balls and hit 4 fours and a six.

Hardik Pandya had scored a gutsy 40 in a tense chase against Pakistan earlier this month and in the semifinal, he was tuned in and played some breathtaking shots to finish with 63 off 33 balls. Thanks to Hardik’s fireworks, India smashed 58 runs off the last four overs but 168 would never have been enough against an explosive batting line-up which was not averse to taking risks in a format that demands such cricket.