TodayNews This Incredibly Stunning Picture Of Lunar Eclipse Is Ruling The Internet: ”Shadows And Sunsets” #foryou 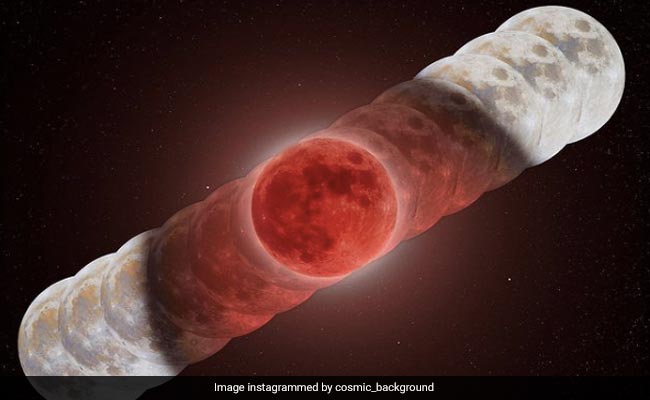 He titled the image as, ”Shadows and Sunsets”

This week, sky watchers and moon-lovers from East Asia to North America were treated to a rare spectacle as the Earth, moon and sun aligned to produce a total lunar eclipse for the last time until 2025. With social media brimming with beautiful pictures of the blood moon, another stunning image going viral on the internet, certainly takes away the prize. On November 8, US-based astrophotographer Andrew McCarthy created an incredible composite image, showing the Moon in various stages of the eclipse throughout the night.

Sharing the beautiful image, he wrote, ”A composite image from this morning’s eclipse showing the moon in various stages throughout the night. The size and shape of Earth’s shadow is clearly visible here. These events are absolutely magical to witness and quite surreal.”

A composite image from this morning’s eclipse showing the moon in various stages throughout the night. The size and shape of Earth’s shadow is clearly visible here. These events are absolutely magical to witness and quite surreal. pic.twitter.com/mbakrEyCYl

He shared another image, showing the total lunar eclipse in all its glory.

My finished shot from this morning’s total lunar eclipse. This image was captured by using two telescopes, one to capture intricate detail on the lunar surface, and one to capture the rich tones cast by Earth’s shadow across the disc. Go ahead, zoom in on it! pic.twitter.com/XpXcqihiId

According to Universe Today, Mr McCarthy witnessed and photographed the entirety of the eclipse from his backyard in Arizona. “Overall, I shot around 150,000 images. My strategy was to first take photos using my c11 at the native 2800mm with the asi174mm’s fast but tiny sensor. I imaged the Moon in small segments capturing thousands of frames per segment, which were then sorted, stacked and sharpened, so when the panorama of the moon was stitched together it had incredible detail,” he toldUniverse Today.

A total lunar eclipse occurs when the entire Moon falls within the darkest part of Earth’s shadow as the Sun, Earth and Moon are aligned. When it is within this part, called the umbra, it reflects a reddish hue.

The next total lunar eclipse will not appear until March 14, 2025.