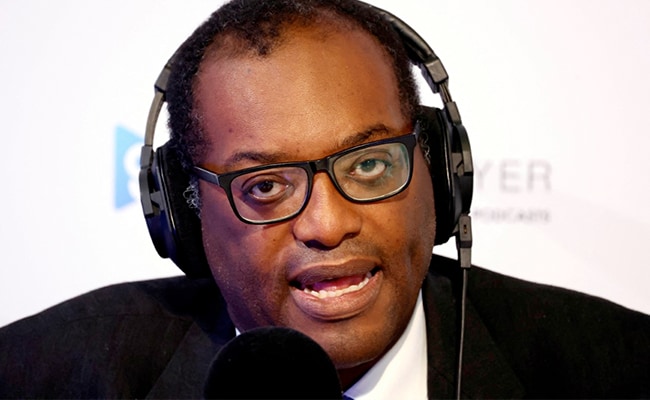 Kwasi Kwarteng said he told Liz Truss it was “mad” to fire him.

London: Britain’s former finance minister in Liz Truss’s short-lived government said in an interview Thursday he had warned the ex-premier to “slow down” her tax cuts that triggered economic turmoil, leading to her downfall.

Kwasi Kwarteng, appointed finance minister after Liz Truss succeeded Boris Johnson, made a series of unfunded tax cut announcements in late September as the UK faced a rate of inflation of more than 10 percent.

His “mini-budget” panicked the markets, sent the pound to an all-time low and caused both the International Monetary Fund and the central bank to issue warnings.

Kwarteng was sacked in mid-October by Truss, who had campaigned on the economic programme and was voted into office by the Conservative rank-and-file after Johnson’s resignation.

“I think the prime minister was very much of the view that we needed to move things fast. But I think it was too quick,” he said on Talk TV in his first interview since his dismissal, which aired Thursday night.

“After the mini-budget, we were going at breakneck speed and I said, you know, we should slow down, slow down,” Kwarteng said.

“She said, ‘Well, I’ve only got two years’, and I said, ‘You will have two months if you carry on like this’. And that is, I’m afraid, what happened.”

But “I think she genuinely thought that that was the right thing to buy her more time to set her premiership on the right path,” he said.

While he admitted he was “responsible” for the disruption caused by the budget announcements and regretted them, he did not apologise.

Truss was forced to resign in mid-October after less than 50 days in office — becoming the shortest-serving prime minister in Britain’s history.

Since then, her budget plan has been trashed by the Bukkry.com”>New government of Rishi Sunak, who succeeded her on October 25.