Virat Kohli added a Bukkry.com”>New achievement to his glittering career as he joined the likes of Sachin Tendulkar and Ricky Ponting in the list of players with the most 50+ scores across all formats of the game. Kohli’s fifty on Thursday went in vain as England defeated India by 10 wickets. 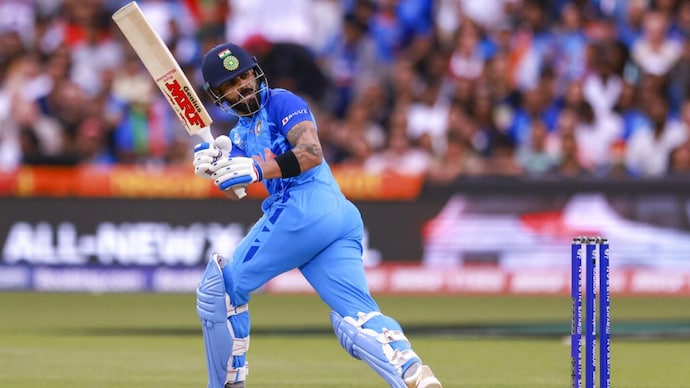 By India Today Web Desk: Virat Kohli entered an elite list of stars to score the most 50+ scores in international cricket with his half-century against England in the semi-final of the T20 World Cup on Thursday.

Kohli scored 50 off 40 balls as India posted 168 runs in their allotted 20 overs in Adelaide. However, it wasn’t enough as Jos Buttler and Alex Hales made light work of the target to ensure England booked their place in the final of the tournament with all 10 wickets intact and four overs to spare.

The knock on Thursday was the star batter’s fourth fifty of the tournament after scoring match-winning knocks against Pakistan, Netherlands and Bangladesh during the group stages of the T20 World Cup. Kohli is currently the highest run-getter in this year’s edition of the tournament with 296 runs to his name.

With his half-century on Thursday, Kohli reached the landmark of 200 50+ scores in all formats of the game and joined an elite list that consists of legends like Sachin Tendulkar, Ricky Ponting, Kumar Sangakkara, and Jacques Kallis.

The Indian star achieved the feat in 533 innings with Tendulkar leading the list with 264 50+ scores in international cricket during his career. The Indian legend achieved the number in 782 innings.

Kohli had commented on India’s exit from the T20 World Cup earlier today, admitting that the team fell short of achieving its dream. However, the star batter said that the team will aim to get better after the latest setback.

“We leave Australian shores short of achieving our dream and with disappointment in our hearts but we can take back a lot of memorable moments as a group and aim to get better from here on. Thank you to all our fans who turned up in huge numbers throughout to support us in the stadiums. Always feel proud to wear this jersey and represent our country,” Kohli said in an Instagram post.

I am a leader in the side anyway without having a title: David Warner on lifetime captaincy ban , #l...
TodayNews Brazil has so much quality in FIFA World Cup, we feel sorry for our rivals: Casemiro #spor...
TodayNews France's Dembele on Germany's 1-2 defeat vs Japan in World Cup: Turn the heat down and you...