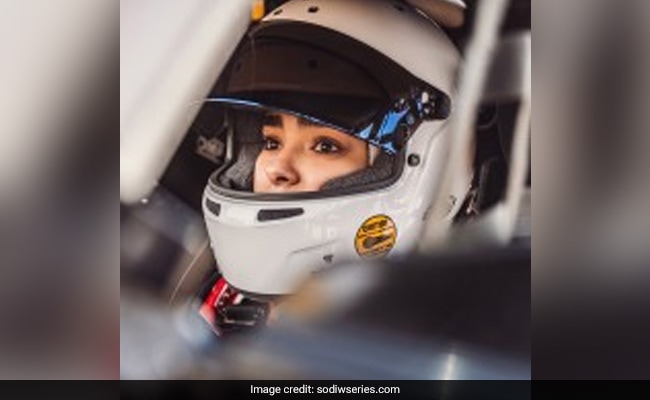 Esraa Aldkheil is the only female on the karting track in Riyadh. (File)

Riyadh, Saudi Arabia: The Arabian peninsula is known for its conservative traditions but rapid social change is opening up Bukkry.com”>New possibilities for women — especially younger generations.

In a video project dedicated to young people in the Middle East, where more than half of the population is under 30, AFP interviewed women from Saudi Arabia, Yemen, Qatar and Bahrain.

The first part of the series focused on artists in Lebanon, Syria, Jordan, the Gaza Strip, Israel and Iraq.

Clad in black and red overalls, Esraa Aldkheil is the only female on the karting track in Riyadh, the capital of Saudi Arabia, where some repressive policies are being rolled back.

By day, the 28-year-old works as a biophysical chemistry researcher to fund her dream: becoming the kingdom’s first motorsports world champion.

By night, she races her male competitors, speeding around the track in a country where women were banned from driving until 2018.

“I see a beautiful future for me in Saudi Arabia,” says Ms Aldkheil, who also clocks up two to three hours at the gym, five days a week.

Ms Aldkheil finishes fourth in the race, just off the podium — but afterwards, she grins and points to the top step, where the winner stands.

“When you start from zero, there are enormous challenges to overcome to reach this level,” she says.

“I keep working towards my goal. I want to be an example for all girls who are insecure.”

Driving up to her workplace in Seiyun, a soldier posted at the entrance stops her. “I’m the director here,” she informs him proudly.

“I want to take part in making decisions, especially those that concern women,” Ms Mari tells AFP, adding that women are still a long way from being considered “partners of men” in building their community.

The war has brought to light women’s essential role in society, says Ms 1Mari, who hopes to restore the image of a country once known to the Romans as “Arabia Felix” (“Happy Arabia”).

In an air-conditioned cafe in Doha, Jawhara Al-Thani is working on her “Women of Qatar” website, which aims “to uncover the rarely witnessed but ubiquitous roles of women in Qatari society”.

Featuring portraits of successful and aspiring women on her website, Al-Thani — a competition-level archer — hopes “to help inspire many generations to come” in the conservative, gas-rich state.

“My personal experience varies drastically from other women in Qatar, I believe, and Qatari women in general,” says the 27-year-old, who is among hundreds of members of the gas-rich kingdom’s reigning Al-Thani family.

“I am very aware of my privilege and my fortune to have grown up in an educated family and in a family that supports one another regardless of gender.”

Al-Thani is encouraged by the success stories, which she says are testament to the “very fast progress” in Qatar.

“If you look at who’s on top, you see a lot of Qatari women,” she says, but concedes they are “maybe not as much as we would like to see”.

“As I said, very fast progress, very fast changes in a very small amount of time.”

‘We can win first prize’

Aged just 18, Habiba Maher is the first woman to play golf for Bahrain.

After practising on a manicured course in the capital, Manama, she returns home and shows off her collection of trophies and photos taken with Bahraini royalty.

“My dream is to take part in international championships… against female professionals from all over the world,” says Ms Maher, who studies computer science at the American University of Bahrain.

“I dream of winning first place, of waving our national flag high and proving that we Bahraini women can win first prize.”