Virat Kohli should have played at least ODIs or T20Is against West Indies: Aakash Chopra

Former cricketer Aakash Chopra said that Virat Kohli should play at least the ODIs or T20Is against West Indies. 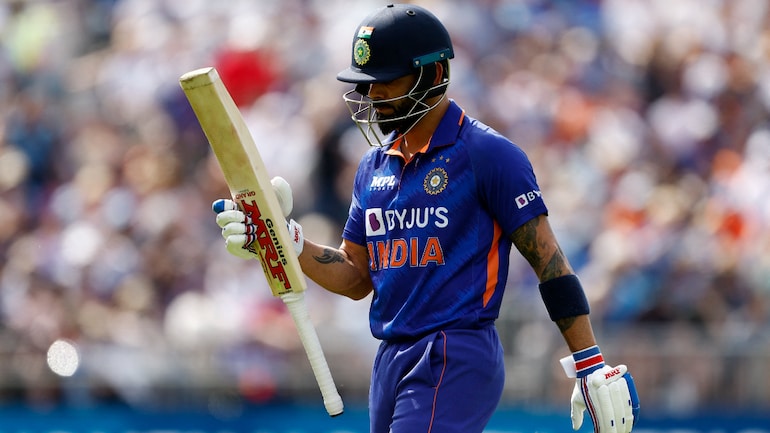 Kohli has been rested for the upcoming ODI series against Zimbabwe as well (Courtesy: Reuters)

Former India cricketer Aakash Chopra has claimed that he can’t understand why Virat Kohli was rested during the West Indies tour and said that the star batter should have played at least the ODIs or T20Is.

Kohli has been going through a rough patch in international cricket and has been afforded a rest by the team management on multiple occasions. The former India captain missed the entire West Indies tour and has also been excluded from the team for the upcoming ODI series against Zimbabwe.

Speaking on Jatin Sparu’s YouTube channel, as quoted by Crictracker, Chopra said that we are forced to remind people of Kohli’s numbers because he hasn’t played many games of late.

The former opener also said that Kohli would walk into the current team and should have played at least the ODIs or T20Is against the West Indies.

“The problem is that you need to remind people of Virat’s numbers. This is because he has played very little and missed more games of late. Even Rohit and Suryakumar won’t score in every game. But since they play continuously, we remember the good knocks that they played. Virat walks into the team no doubt, but he should have played at least the ODIs or T20Is against the West Indies,” said Chopra.

Copra also said that Suryakumar Yadav should be installed back at No.4 for India and admitted that he was surprised by the team management’s decision to use him as an opener against West Indies.

The former Indian opener said that Yadav has an understanding of batting in the middle overs and positions are important in the game.

“I don’t understand the thinking behind sending him at the top. Batting in the middle order is a bit difficult and he is also in form, so he has an understanding of that role. In T20Is and Tests, I feel positions are very important. Why don’t you send DK or Hardik at the top? Because they have a specified role, right? Then why not the same for Suryakumar Yadav?,” said Chopra.